The farmstead known as Ta’ Buqana is a historical property that has been a family air loom ever since it was acquired by an aristocratic family over five centuries ago. Moreover, the main entrance to the farmstead bears the Sceberras D’Amico Inguanez coat-of-arms, in part matching the escutcheon crowning the portal to the baronial seat at Mdina.

Aside from the ornamented gateway, the farmstead is essentially a rectangular enclosure with a main entrance site on the ancient Triq Buqana centred on the east side, a row of softstone buildings along almost the entire west and north walls, some of which date back to the 17th century. Hence, it can be considered a typically vernacular piece of architecture, utilitarian in its appearance, complete with stables, stores, pens, sties and habitation chambers that would have served a small community.

Following a steady decline in use of the farmstead in recent years, we were briefed with revitalising the historic site with the aim of undertaking thorough restoration works. To this end given the substantial costs involved, a certain level of adaptive reuse is necessary to make such a project is feasible.

The project entails the creation of attractive rentable dwellings, targeting users seeking out the desired cottage-like atmosphere. This attraction will be made possible due to the many interior spaces that are generally constrained however usable. As can be gauged from the proposed drawings, the concern is primarily to preserve as much as possible of the existing fabric with certain small alterations and additions of reasonable impact in order to render the spaces habitable. 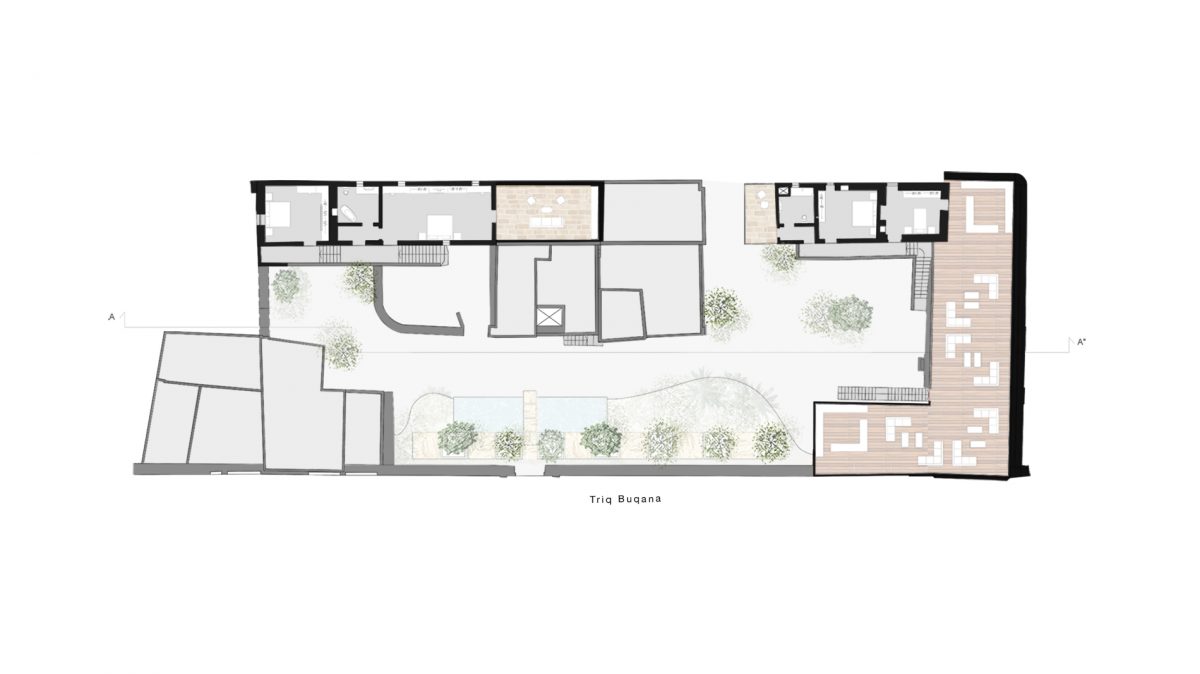