Following the establishment of a quarantine institution on Manoel Island, popularly known as Lazzaretto, the complex re-affirmed its status as the best-appointed quarantine station in the Mediterranean by imposing stern restrictions involving the disposal of the deceased in burial grounds within the institution itself. In time, a few of these necropoli were transformed into formal cemeteries one of which was furnished with a funerary chapel dedicated to St George. Evidence suggests that the origins of this chapel can be traced as far back as the early years of the 19thCentury.

The original layout of the cemetery was very simple matching other counterparts in the Maltese Islands built during the 1813 plague. Access was through a modestly ornamented gateway from which a raised central pathway led directly towards the chapel. On either side lay the plots of the tomb occupants who were primarily Maltese, British or Italian although most of the grave-stones have since been lost.

Although the chapel attains a design which is typical of local funerary architecture, its staid yet bold language hints towards Neo-Classicism. This is characterised by the shallow panelling and engaged pilasters on three of the external facades capped in a simply-profiled cornice. The small square chamber is roofed over by a saucer dome sitting on a stepped octagonal drum and surmounted by a cross. Light is let in through oval oculus windows puncturing the side walls. Internally there is no ornamentation save traces of polychrome wall finishes.

Prior to intervention the aging edifice was in poor condition, afflicted primarily by rising-dampness resulting in sever loss of material though back-weathering. Moreover, localised collapse was also evident on the north-west elevation. A conservative preservation rationale was adopted whereby stone replacement was limited to those areas which were deemed structurally unstable and which had lost most of their original geometry and profiles. 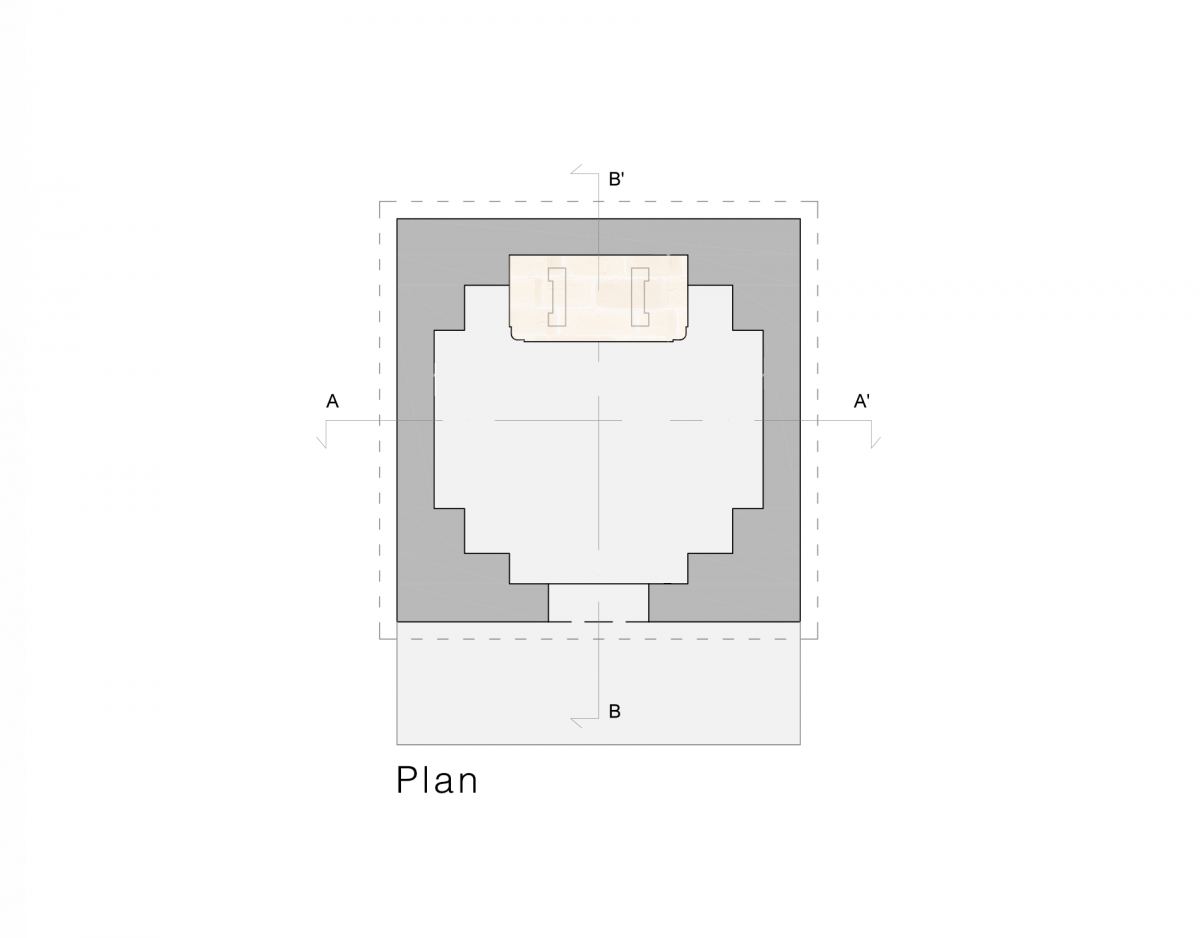 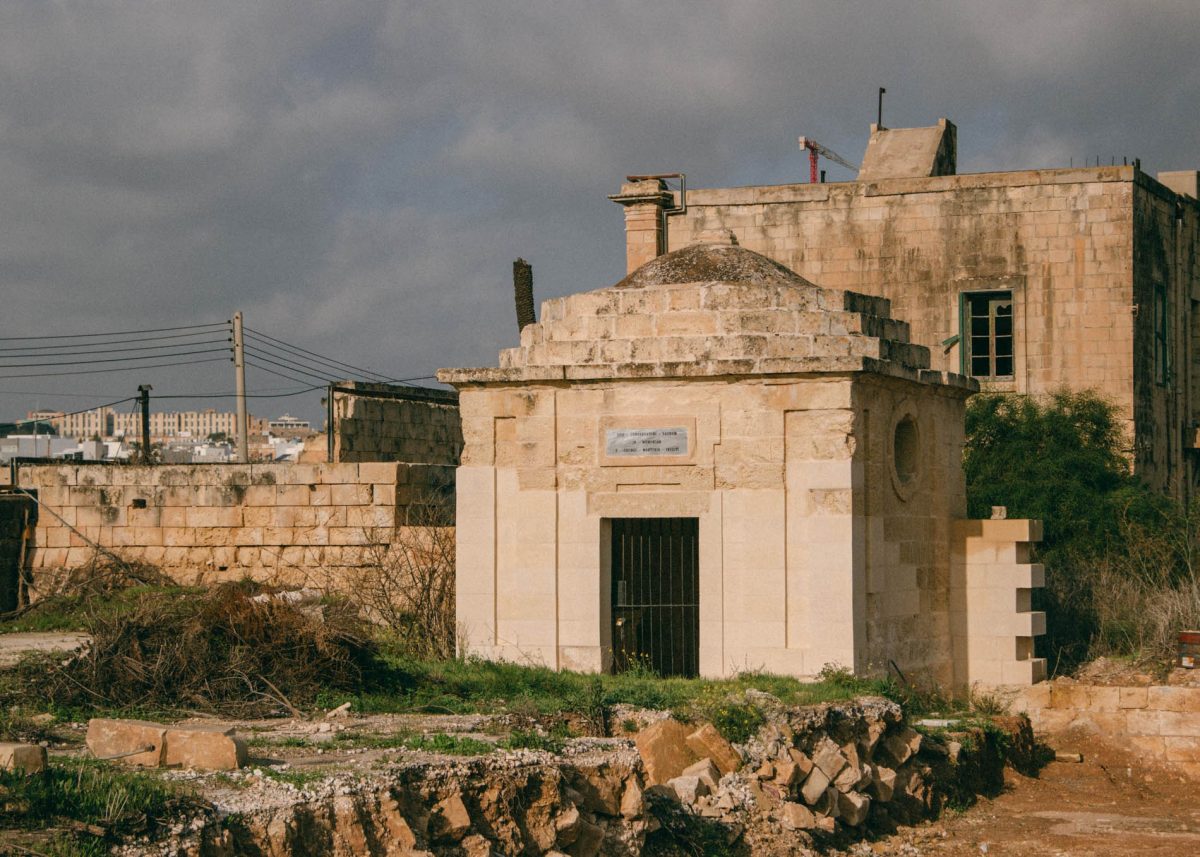 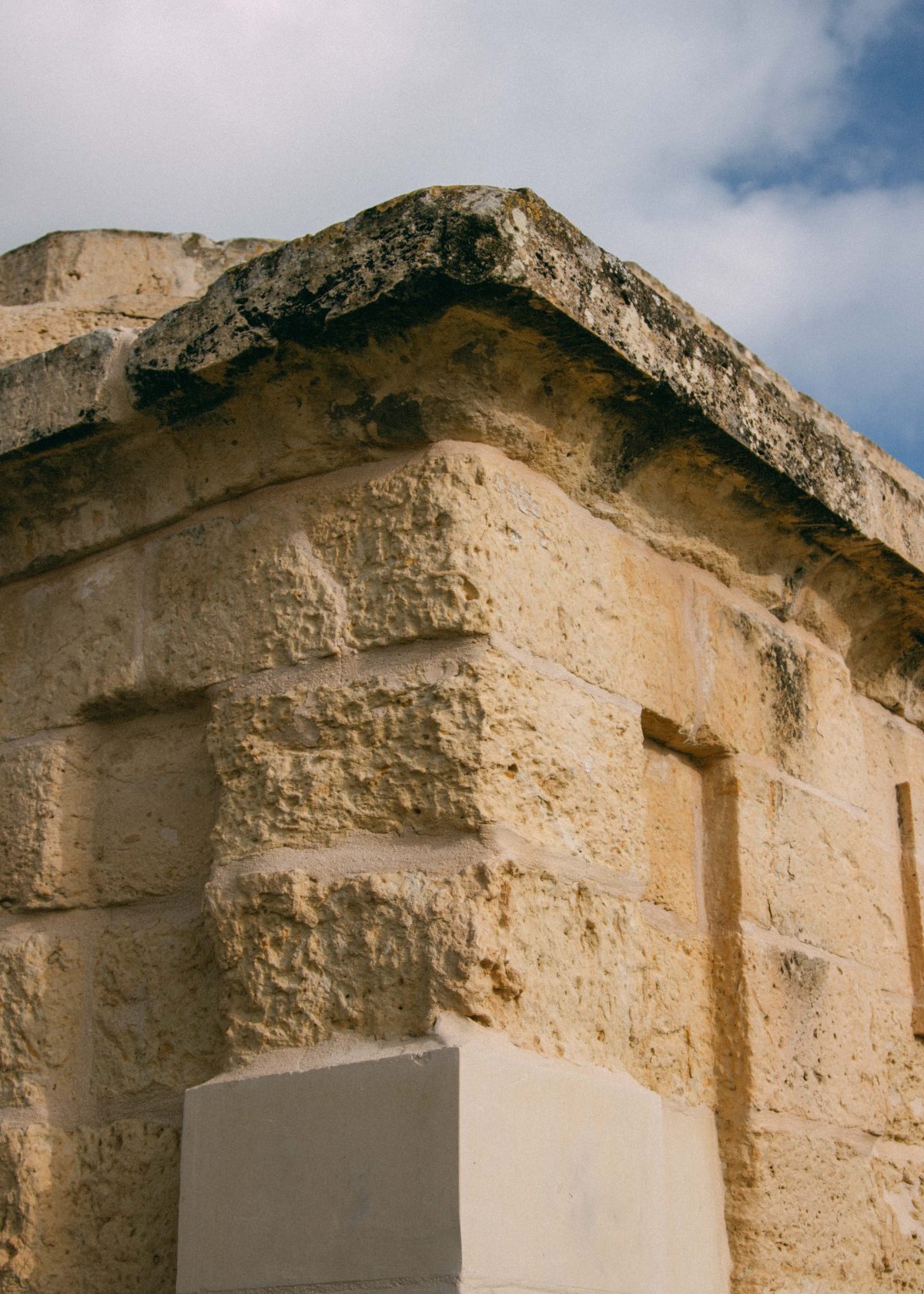 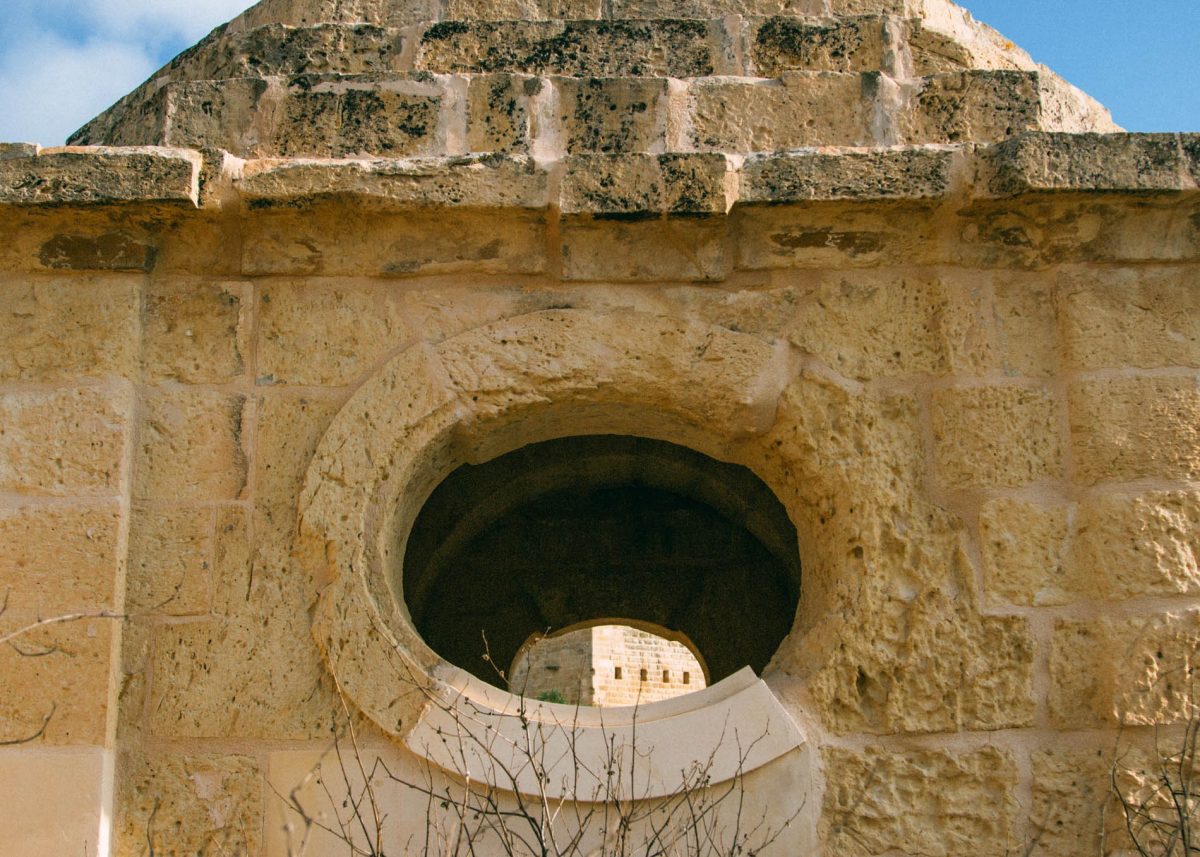 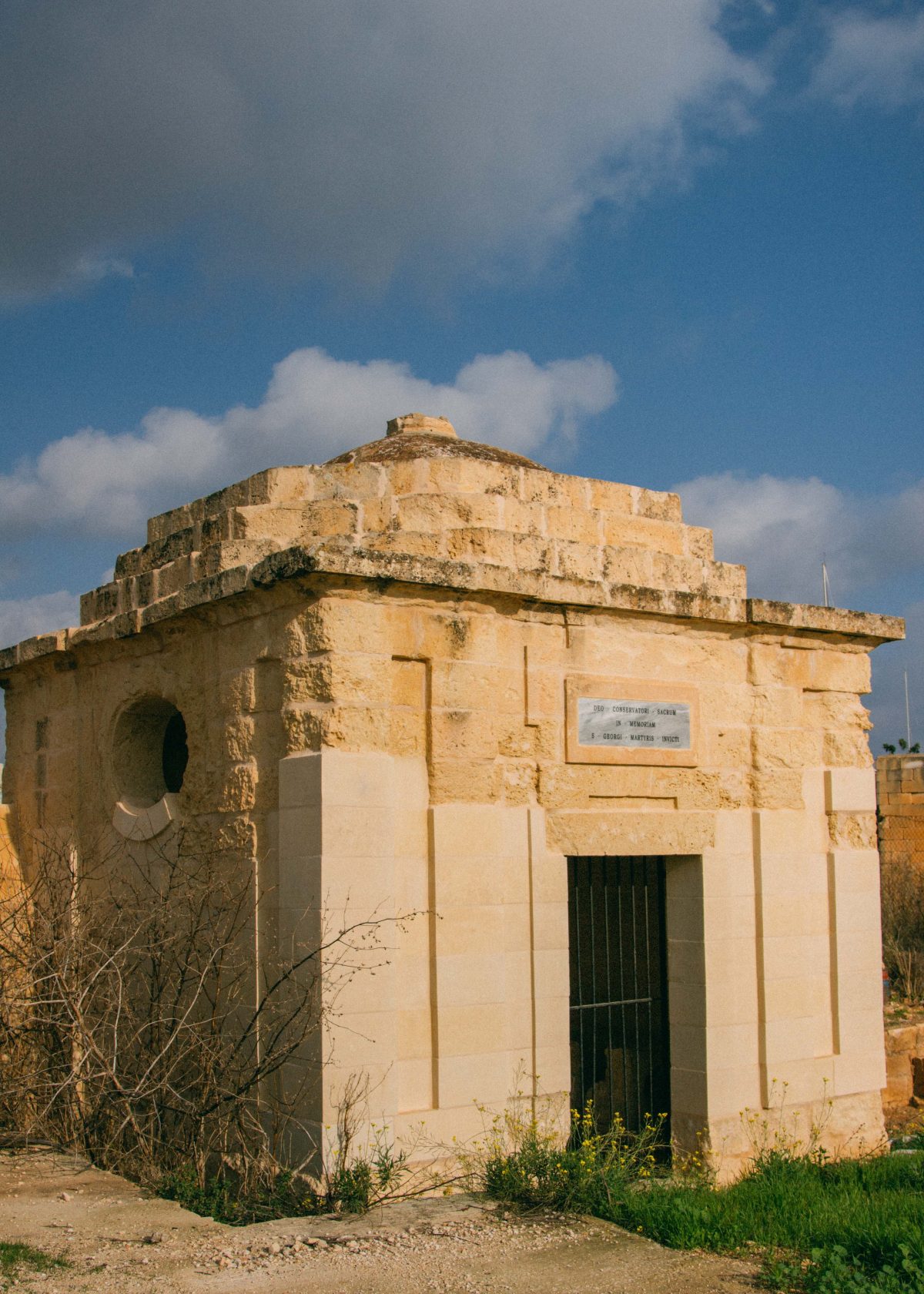