One of the finest High Baroque balconies in the Maltese Islands is situated along the erstwhile Strada Reale, the main processional route of Hal Lija. The designer’s expression of beauty is seen in its intricate architectural details and ornamentation.

Approaching the property through the small doorway up a few steps, the visitor’s attention is drawn towards the fluted cushion-console springing from the keystone. This holds the base of the curved gallarijaat the centre of which gazes a bat-winged mascherone mockingly sticking out its tongue, not unlike a gargoyle, forming the focal point of the entire composition. A miniature balustrade sits on a pulvinated base centred with a pleated cartouche brandishing the Marian monogram.

Although the balcony is estimated to be circa 250 years old, it was noted that severe erosion of the central sections has taken place over the last eighty years. Consequently, much of the mascherone, balustrade base and Marian cartouche were back-weathered, resulting in the advanced loss of material and serious structural instability.

This severe degradation was possibly caused by the accumulation of water and its absorption into the balcony’s flooring. The southwest orientation of the balcony also triggered rapid drying and wetting cycles which resulted in the increased weathering of the stone fabric. These elements were reinstated by means of substitution with new stone incorporating good quality fragments. Replication was meticulously undertaken using the extensive photographic evidence available and the engagement of Joseph Micallef;a seasoned stone sculptor and restorer.

From the finished product, one can easily understand that particular care was taken in producing the designs for the Marian cartouche and mascherone to ensure that these matched the original as closely as possible. 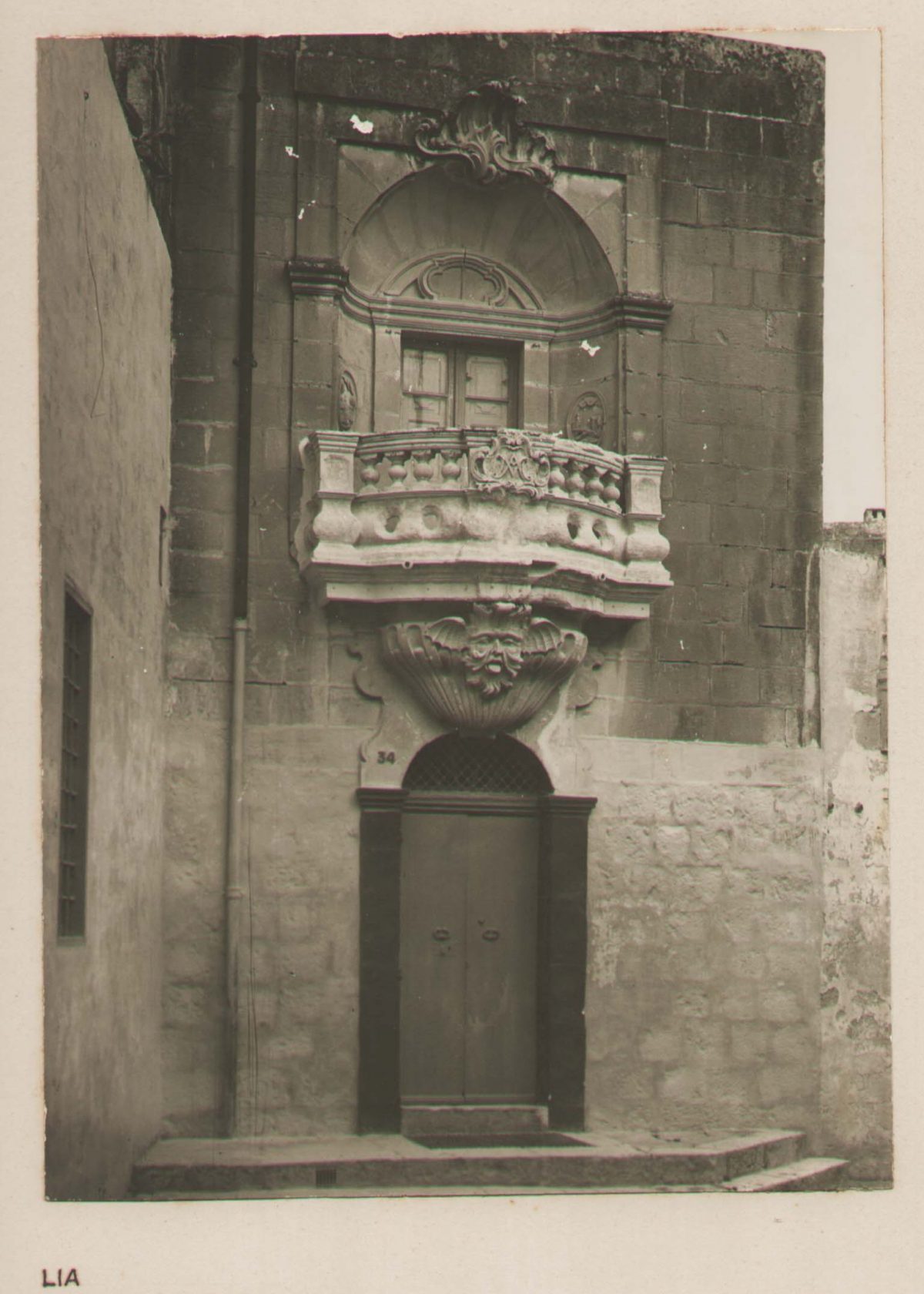 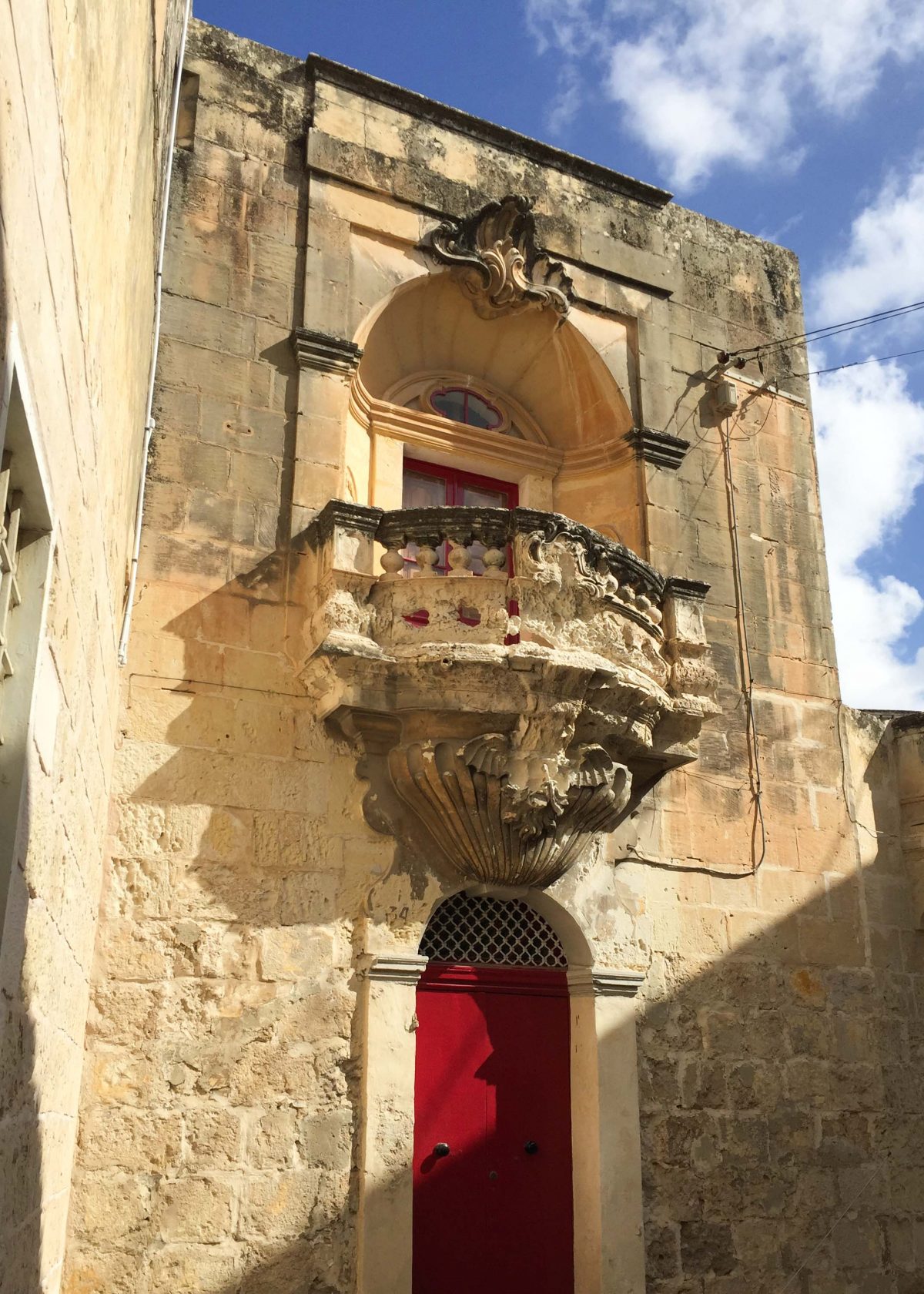 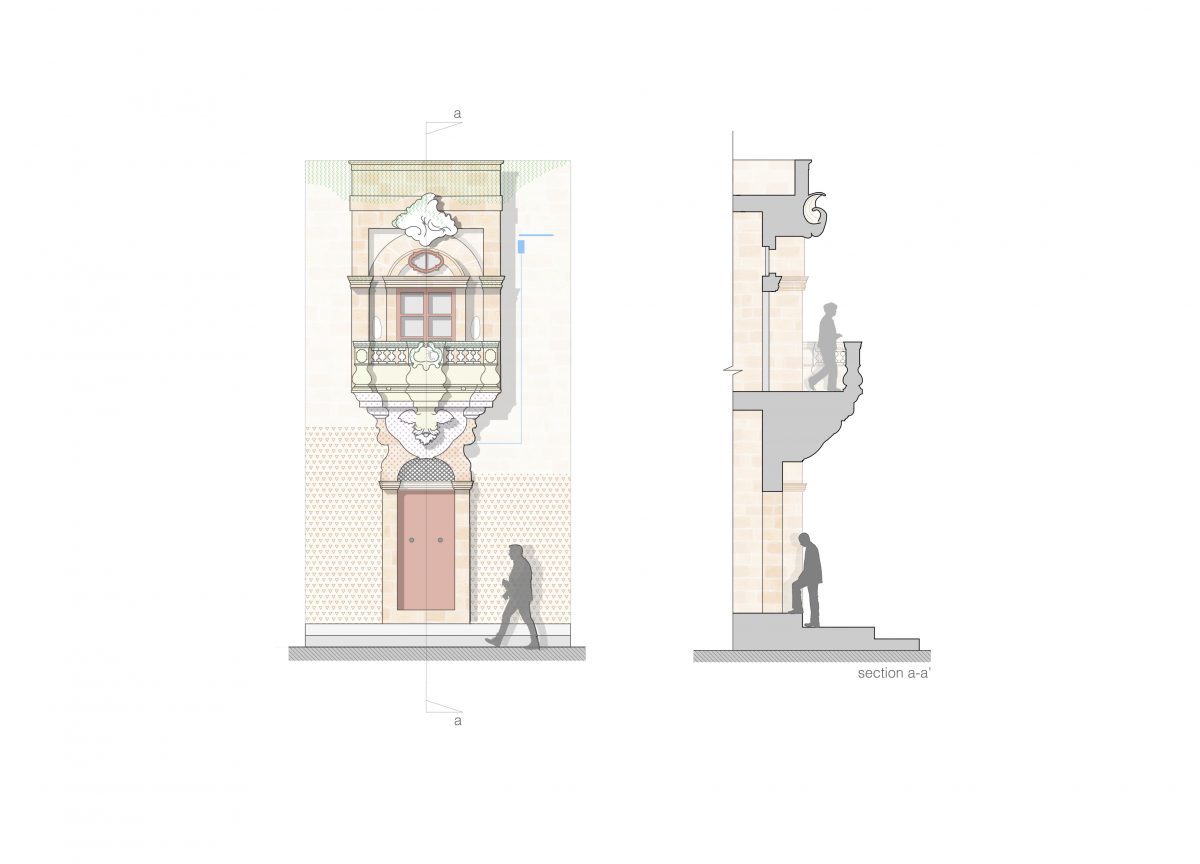 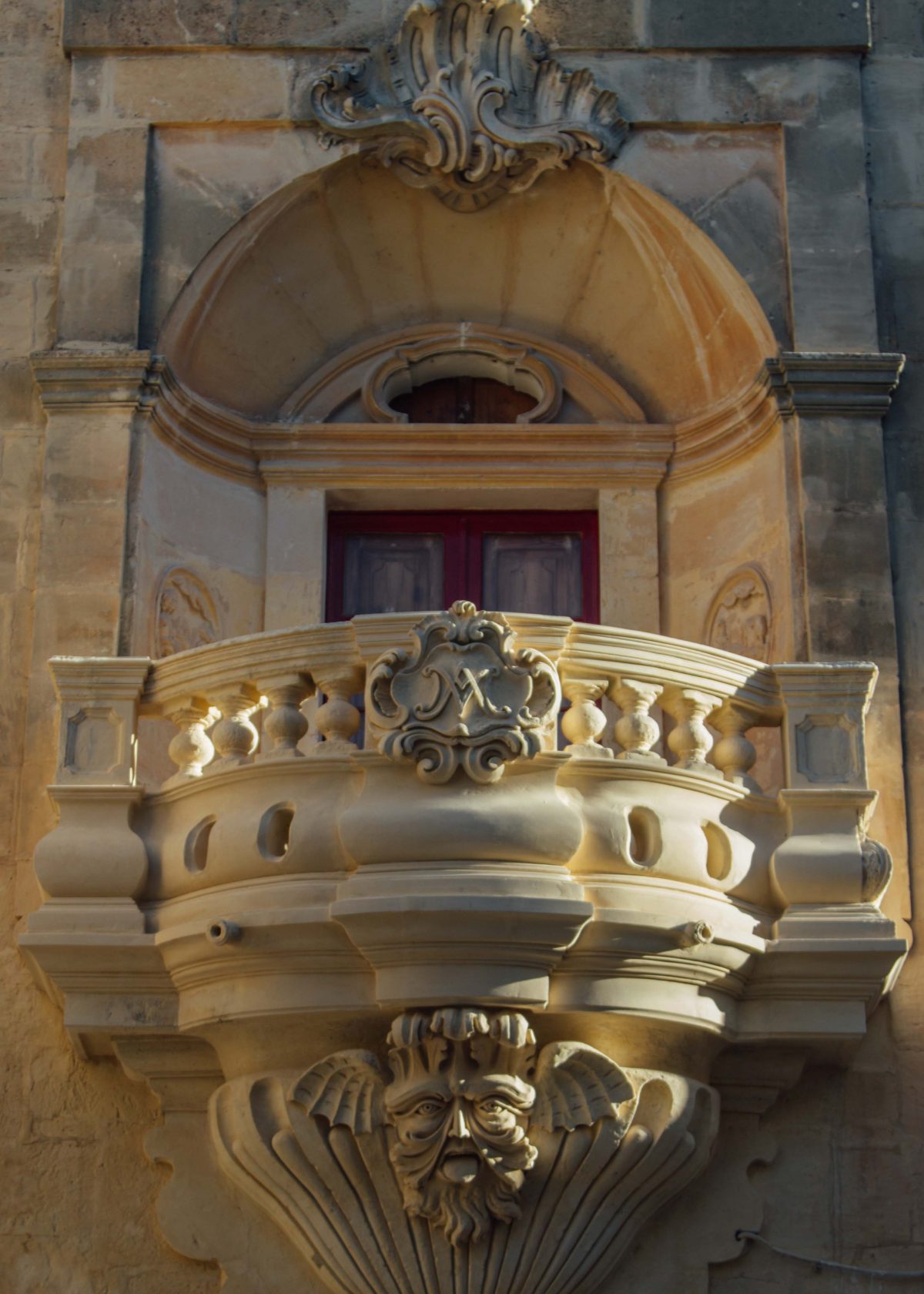 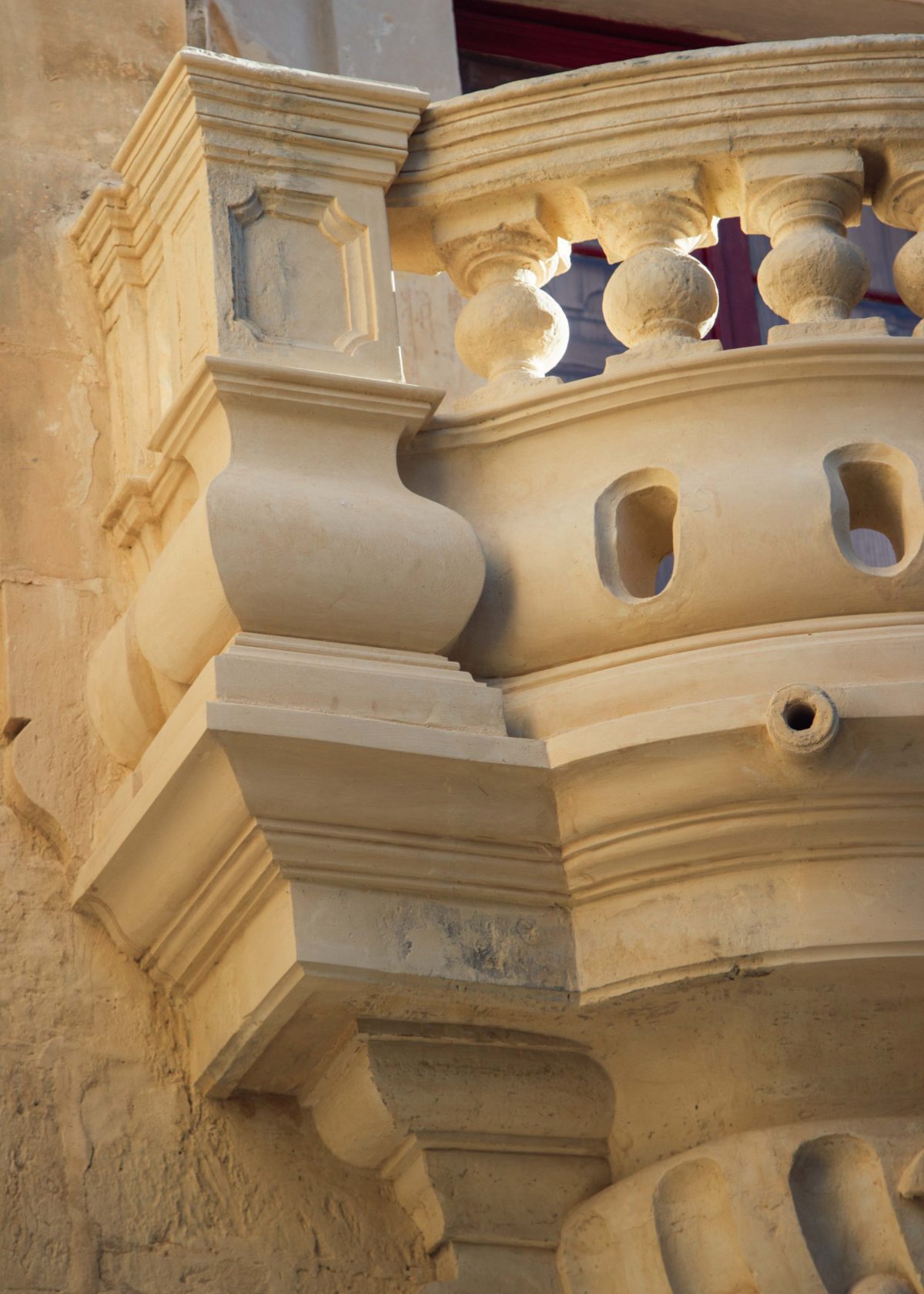 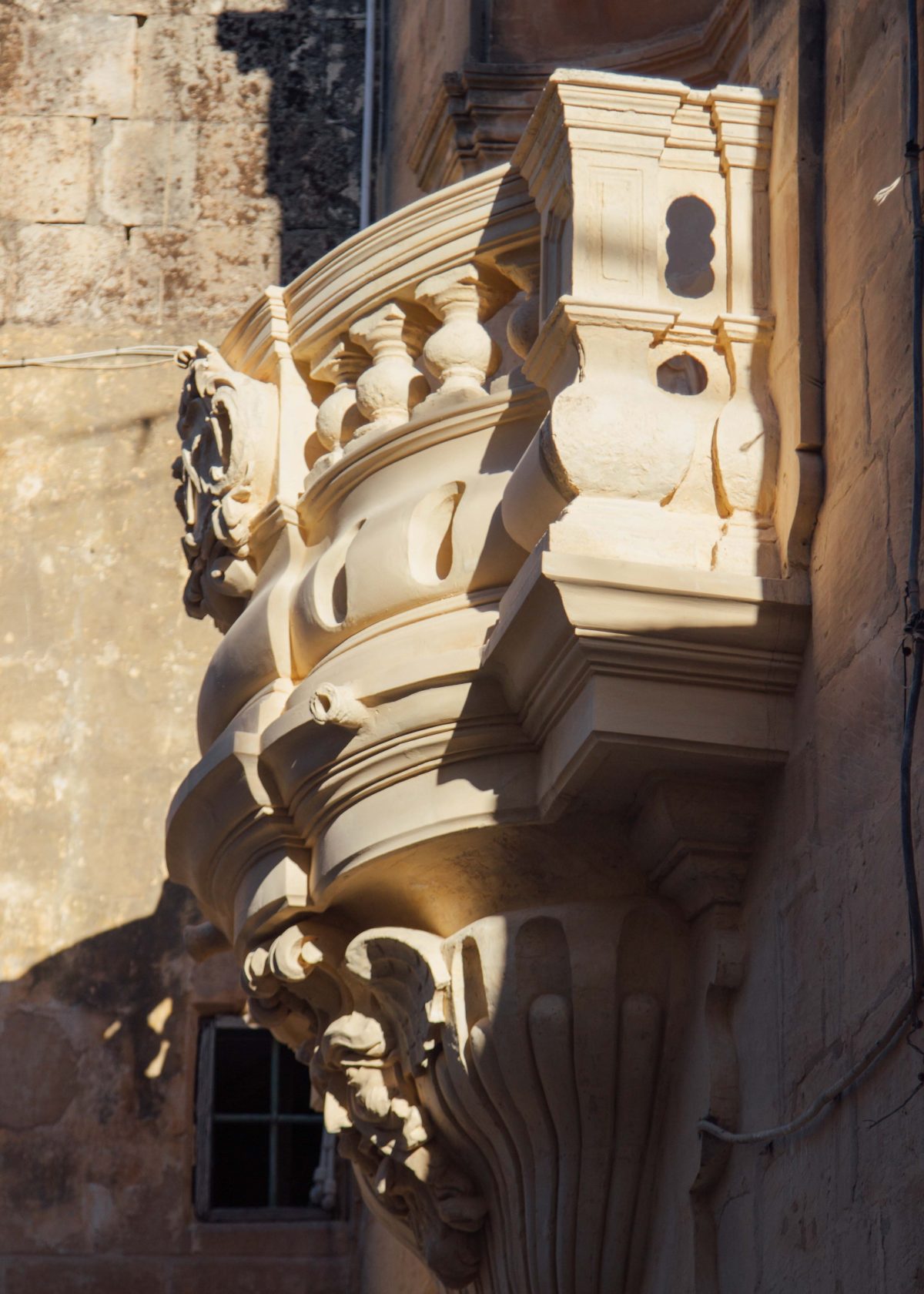 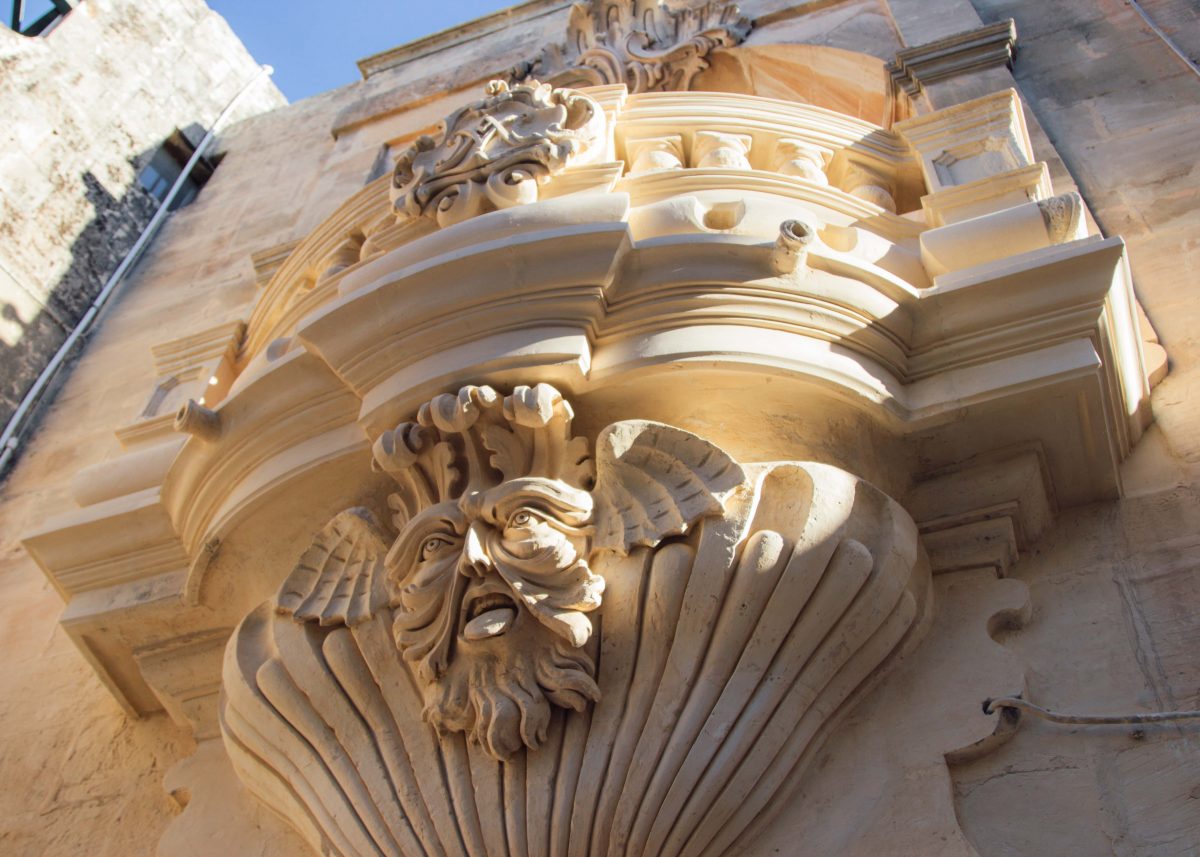 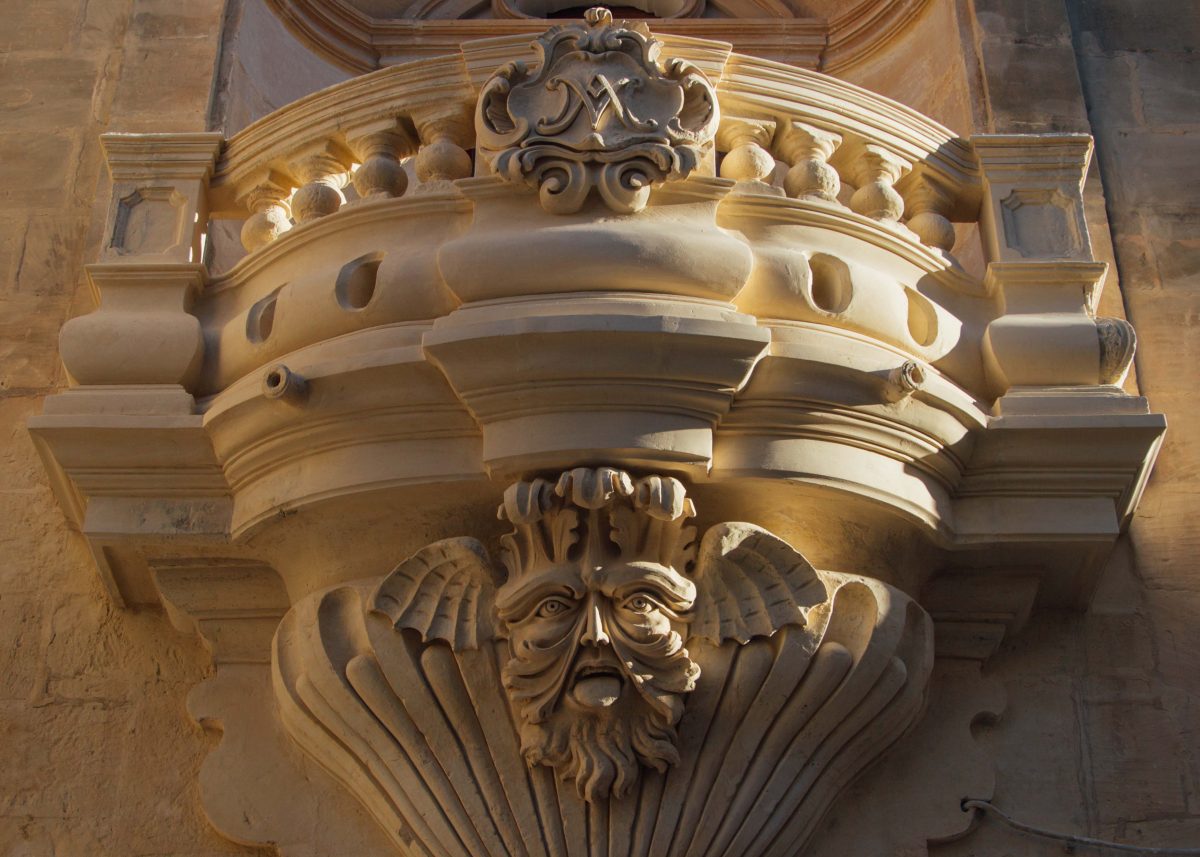